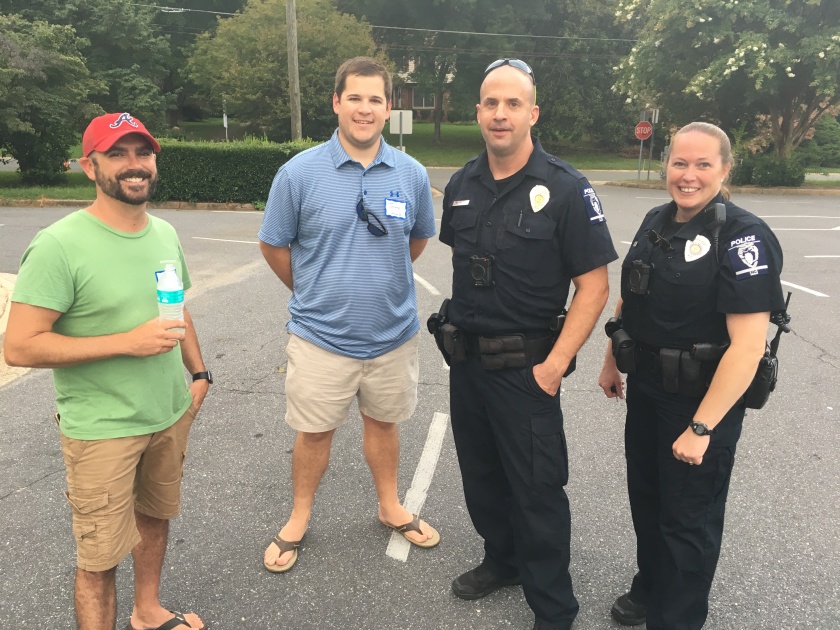 Police officers encouraged HF residents to practice smart and safe homeownership. Put lights on timers when you’re away from home, keep car doors locked, and don’t leave anything, ESPECIALLY valuables such as keys, computers, GPS devices, and guns, in your car.

Did you know that CMPD will come to your home and do a free security audit? They’ll point out characteristics and habits that make your house vulnerable to a break-in and tell you how to correct them. For more information, email watch@huntingtownefarms.com.

In other neighborhood safety news, stay tuned for a joint crime-watch venture between Huntingtowne Farms and Spring Valley.